At the RFUEA Grounds, hosts Kenya Harlequins rallied to a 24-5 half-time score with tries from Kenya Sevens international Herman Humwa who scored a brace with Mark Omoding and Charlton Mokua adding a try each. Top Fry Nakuru’s five-pointer was scored by Kenya Simbas center John Okoth.

Kenya Harlequin’s Eliud Mulakoli extended his team’s lead with a penalty kick in the opening minutes of the first half before Nakuru dotted down two unconverted tries for a 27-15 score with 14 minutes left on the clock. Mark Wandetto, Humwa, and Ainea Ndakwa all went over the try-line with Humwa’s and Ndakwa’s tries being converted successfully for a 46-15 full-time score.

Away at the Nandi Bears, Kabras RFC was awarded a walkover sealing their position at the top of the league standings with an impressive 100% win rate.

For the first time this season, Ngong Racecourse hosted a fixture pitting Nondies against Nakuru-based Menengai Oilers but the hosts suffered a narrow 10-13 loss in the 2:00 pm kick-off fixture. An infringement by Oilers presented Nondies’ Kanyiri Kariuki with a penalty and he sliced the uprights, for an early 3-0 lead.

They would then add on to their tally after Francis Mutuku went over the whitewash extending their lead to 10-0 after Kanyiri converted Mutuku’s try. In a span of fifteen minutes, the Gibson Weru charges mimicked the Nondies’ scoresheet record by drilling in a penalty and adding a converted try as Samuel Onsongo went over the try-line from a pick and drive. Timothy Okwemba who sliced the uprights with the Oilers conversion added the penalty for a 10-10 halftime score.

Both sides showcased their attacking and defensive skills in the second half but only Oilers managed to convert one of their visits to the Nondies’ half into points after getting a penalty that they converted. They held on to the 13-10 lead over Nondies up to the full-time whistle.

Speaking after the final and having confirmed their spot in the Kenya Cup semifinal, Head Coach Gibson Weru said the season had been tough as they had to start and stop due to Covid. “I’m glad about the way we’ve finished the season, at some point we slacked and lost a few matches but I’m glad we’re in the semis because it means we’re hitting the right gears. In today’s match, the score doesn’t reflect the intensity of the game. We had several chances that we didn’t capitalize on so right now it’s a matter of seeing what can we do better,” he said. 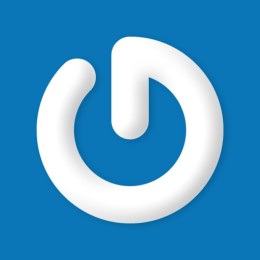